I'm really sorry I haven't been posting but I'm back and have got a few things in store for you! I'll be introducing our doll families. And lots of more doll food and doll stuff for yall. Also, I am going to try to put some morning routines here. Someday. I need a better camera. Stay safe!

Jj
(also if there is any crafts you wanna see me do them please say in the comments.)
Posted by Jaidan at 2:07 PM No comments:

Ello! We are back again today with two dolls who would like to introduce them selfs. (Kitty went back to the dollhouse and the word got out that I was doing to a Photoshoot.) I hope you enjoy! 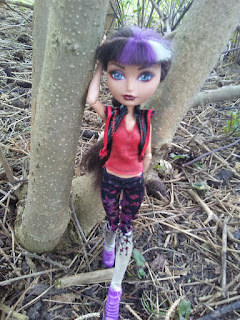 Cerise
Well Hi, I'm Cerise and I was the first-ever after they ever owned. Jj and her sister were so excited! i was there by my self for a while (like a year) and then came Raven. RAven and i are like Bff's and do almost everything together. we started out just hanging out in the basement of our house and then apple and Lizzie came (they both are gone right now need replacing) and then i have an accident with my hand. IT FELL OFF! Jj and her sister were really sad and put me away for a while. then one day Jj came and picked me up and took me to the craft room. then she gave me a cast (ducktape) and they played with me again. I love hanging out with all my new friends and am really glad i live here. I really do hope I don't need to be replaced. apple and Lizzie had way worst injuries than me. Both of Lizzie's legs fell off and she was sent away I herd Jj say something about replacing her. and the first time apple got a "new look" was kinda weird. Well, you see Apple 's feet fell off and she was taken away. Then one day she comes back looking soooo differently. then like 5months liter her head fell off and she never got to meet Biar and the new Kitty. Raven will tell you about that though...
Byeeeeeeeeeeeeee!
Cerise.
Hello! I'm Raven and you have already met my sister Twligha. The day I came was soo much fun. Cerise and I did so many different things. for a while, I was a model for a magazine called Glamor. and then another doll started coming and we moved and then I met my twin you see one day we where just starting to get used to the new apple and Kitty leaves the house telling us she'll be back later. then we were just getting a movie started when the door opens and we all expect Kitty but some new girl walks through the door. the calls her self twligha and says shes's my twin. big shock! But we all want to know where kitty went. we ask twligha and she says she never saw Kitty. a few years later She comes back with new clothes on and said she said she would be back later. but she also came with Bair. Well, thanks for listening!

Now I have a hobby I love making doll food here is a very quick and fun craft to do.

How to make your doll go shopping!

Get the ad paper(it doesn't matter when it came out the one I am
using might be from when I was 1!!!) 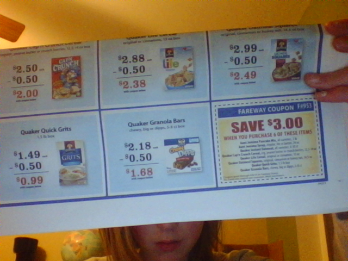 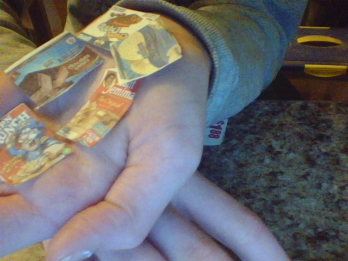 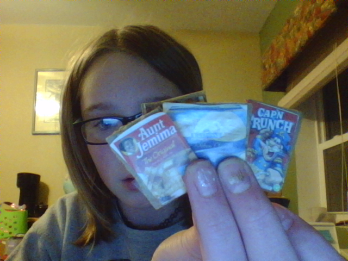 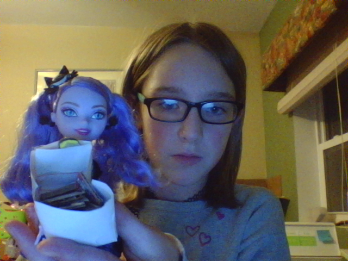 Posted by Jaidan at 4:00 PM No comments:

meet my dolls! pt one Twligh and Kitty


Hi! I'm Kitty and I've been here for about a year and 4 months. I came on Christmas day. I had been in that box for wayyyyyy to long. when she took me out the first thing I wanted to do was EAT. The smells coming from the kitchen were to die for. next thing I knew I was being brought upstairs by Jj where she put me in her sister's room with other dolls. you see they had put together a house out of her sister's room. (that's like all of it) and they had food for me there. they had a huge fish but when i wanted to cook it Raven said that I cant cook Gill. and I told her,
"who names their dinner?"
"He's not food he's a monster high boy kitty." then I just went for a catnap. we've moved a lot since then. now we have a new dollhouse and we all stay in it (well I don't I just sleep where ever I want.)
later,
Kitty


Yo! I'm Twligha. I know you might be thinking she's crazy this is Raven. Well, no... I'm her twin. I used to live with a little friend from Jj's. Life was a little hectic. when I first arrived at her friend's house there was another doll with me. Her name was Apple. after she unboxed us she took us outside to where Jj was waiting. she handed Apple to Jj. Jj was admiring her and saying how pretty she was. they played for a while and then Jj had to go home. I was a little sad that I didn't get to go with her she seemed so nice. I soon found out what her friend's name was, Z that's what Jj called her. the first night with z was crazy. she put me in her room and left. So I just sat at the window looking outside daydreaming of what life would be like if I was at Jj's. Then some dude came up to me and introduced himself as Ben. He kept me the company for a bit and then left.

I was sitting in the barbie box in the garage. i was cold and had spent many months wishing I was at Jj's house. Jj came to visit often. and i would hope that she would take me home. then one day my wish came true. Jj was talking to Z about making a switch. Turns out she had a doll that Z really wanted. That night she took me home and washed my hair and then fed me! life's been good sense then!

later
Twligha.
hope you enjoyed more coming soon and i think every other one i will post a craft. Also i was reading another blog today and got the idea to do my meet and greats this way! thanks (I hope you know who you are.)

Till next time
Jj
Posted by Jaidan at 3:48 PM 5 comments:

Ok, so I have made some printables like for doll rooms and other stuffs. if you want to print them a copy and paste them on a google doc and then you can print them there.

room stuff one...
this one is just posters I'm hoping to get so 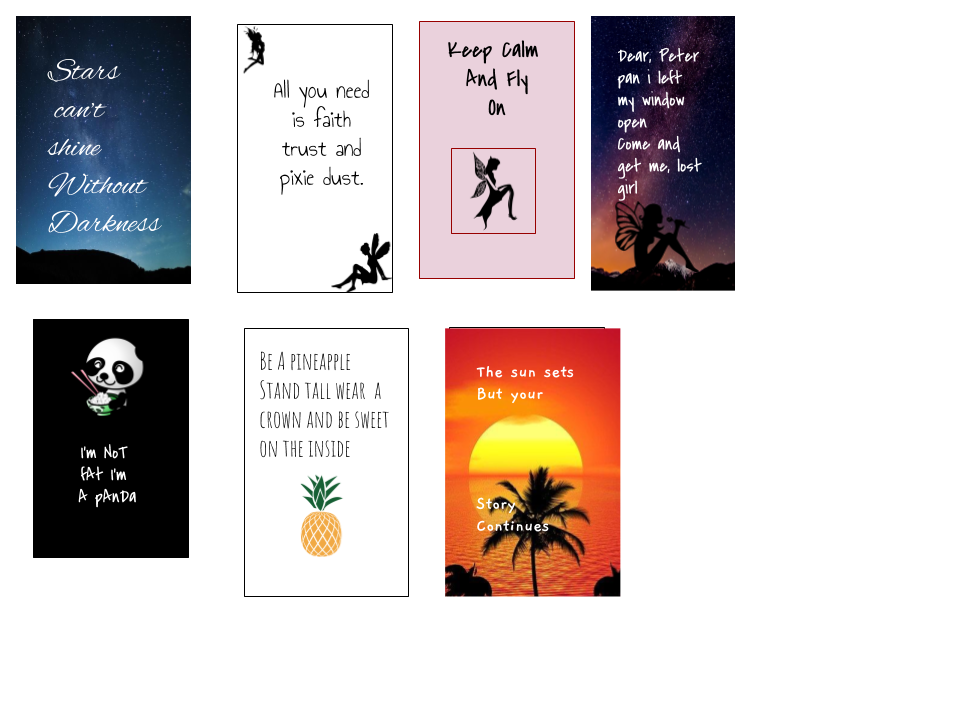 me more inserting stuff but yea. 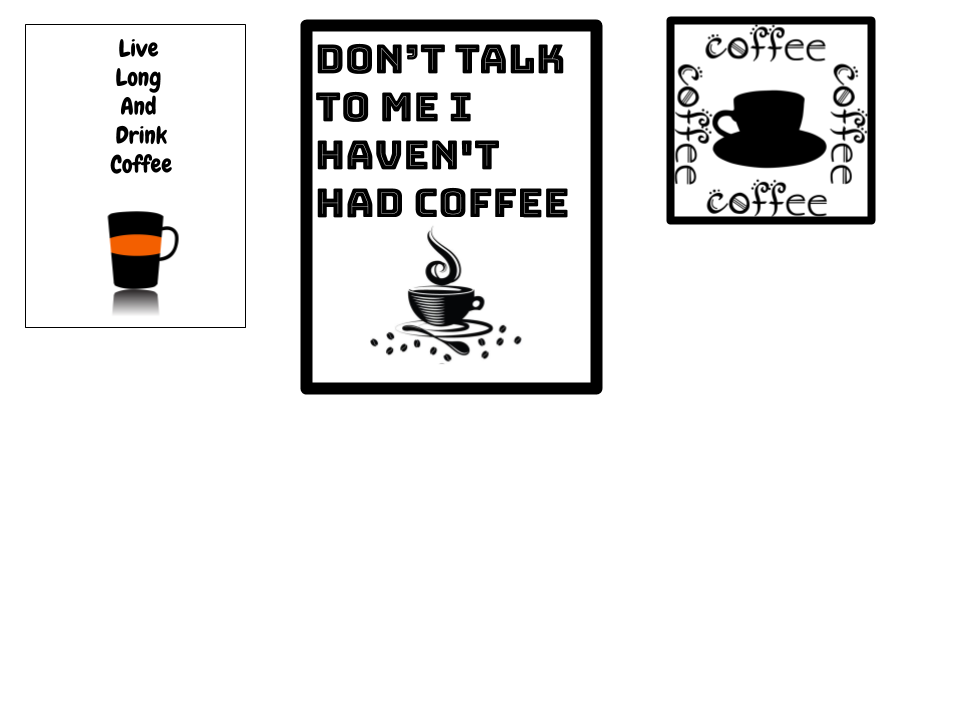 well hope you enjoy these I'll make more hopefully and maybe next time I'll introduce you to my dolls.
Posted by Jaidan at 2:23 PM 2 comments:

Quick craft and my not so good photography (haha)

Hai again, it's me and I'm not very good at remembering to post. Anyways let's get started! all you need is some tape (or glue) an insert from a movie and paper board or cardboard! 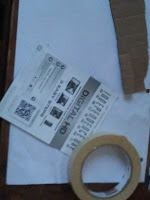 I'm using tape because that's what I have couldn't find my glue. then you see the little Phone and tablet pictures you want to cut them out. 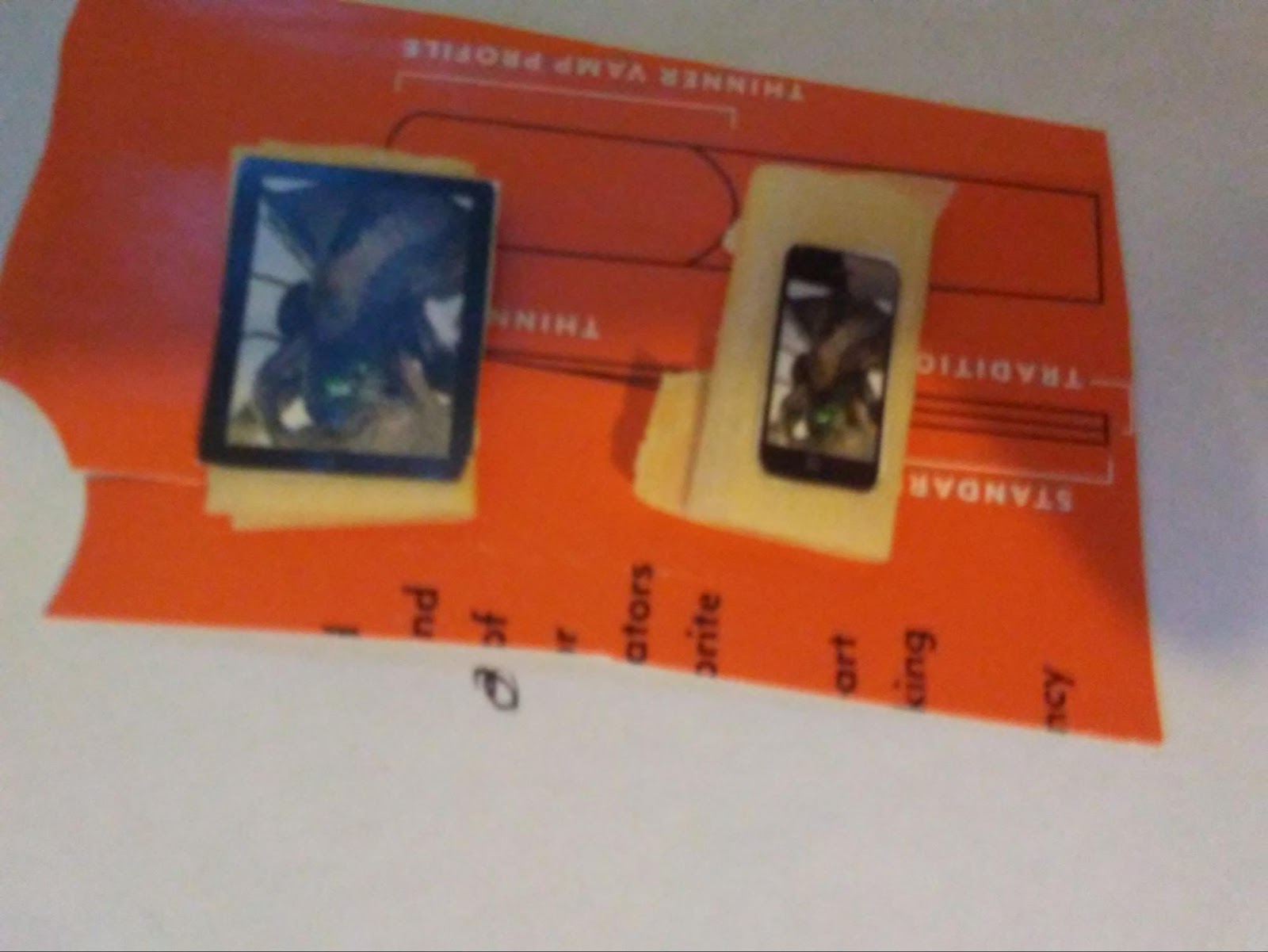 Ok, then you want to add you tape to the paper board and stick it on there. then cut it out. 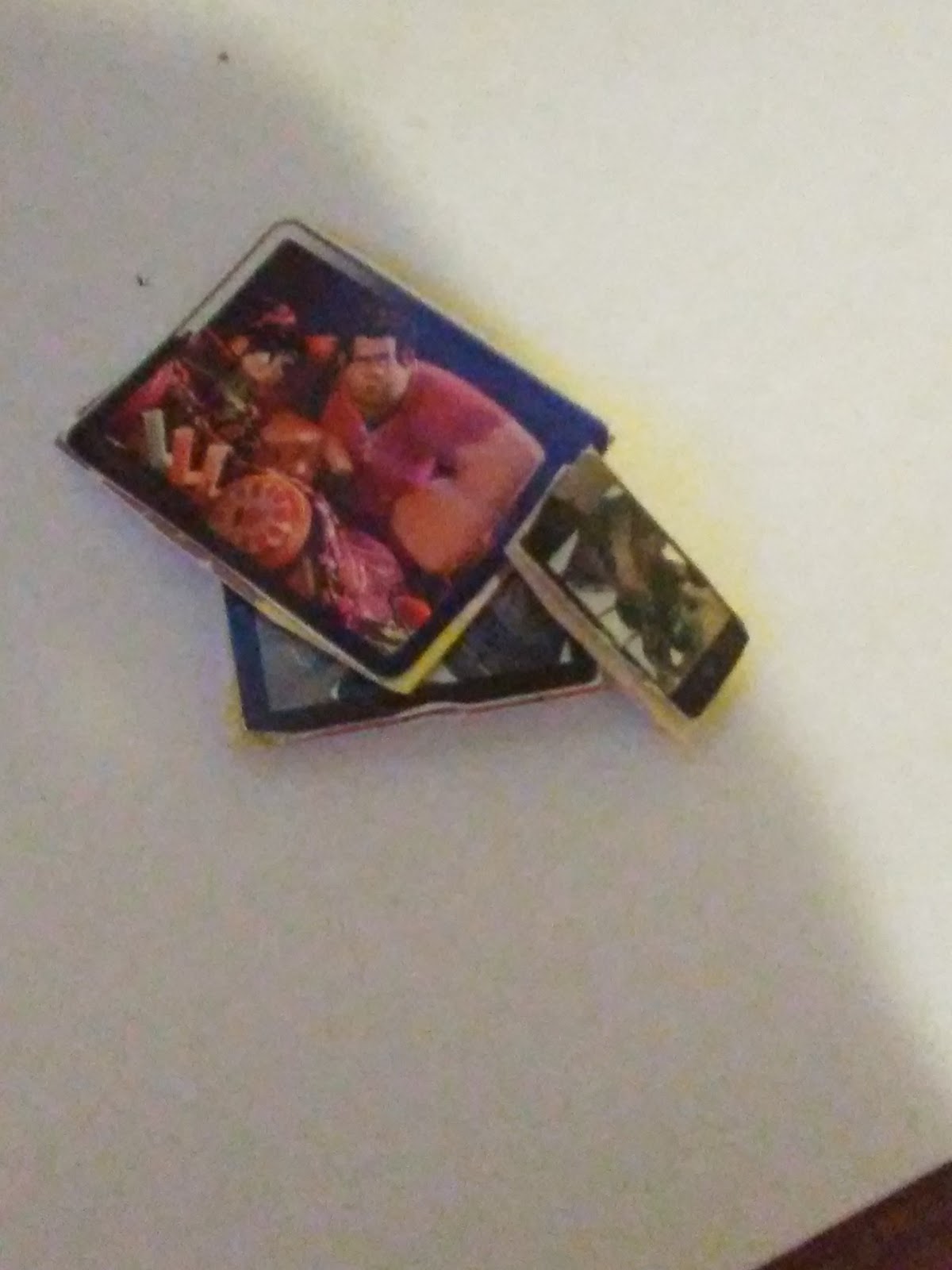 you can add stuff on the back I put a dollhouse and doll on mine (kinda looks like troll hair though). well since i have been lacking to post i might as well do a few more today seeeeeee yaaaaaaa!
jj
Posted by Jaidan at 2:02 PM 2 comments:


Hello, I'm Jaidan but were going to call me Jaimie or something like that I don't know right now.  But Welcome to my blog! I hope your all staying safe from the virus and all the social distancing. (easy for me I love staying home!) This blog is for people who like dolls and crafting for them. pretty much this is my dream this is what I have wanted to do since I ran into this blog I'm not going to say what the blog's name is because I don't know if I can. but she's fun and I love her blog. Now I really don't have a plan on how often I post but I know that I might post tomorrow with a craft. and there will be pictures. Hopefully!